40G and 100G are now universally deployed in data centers. As the preferred array-based fiber connector option, the MPO/MTP connector and its cable assemblies are widely used for 40/100G connectivity in high-density data center environments. However, in complex high density cabling, the advantages of MPO/MTP cabling will be lost if you don’t have a proper polarity method. Thus, the TIA 568 standard provides three methods—Method A, B and C, for configuring systems to ensure that proper connections are made. In this blog, these three methods would be described in details which may guide you to select the best method for ensuring polarity across your array-based fiber installation.

The TIA-568-C.0 standard illustrated three array system connectivity methods—Method A, Method B and Method C. This section will introduce them respectively. 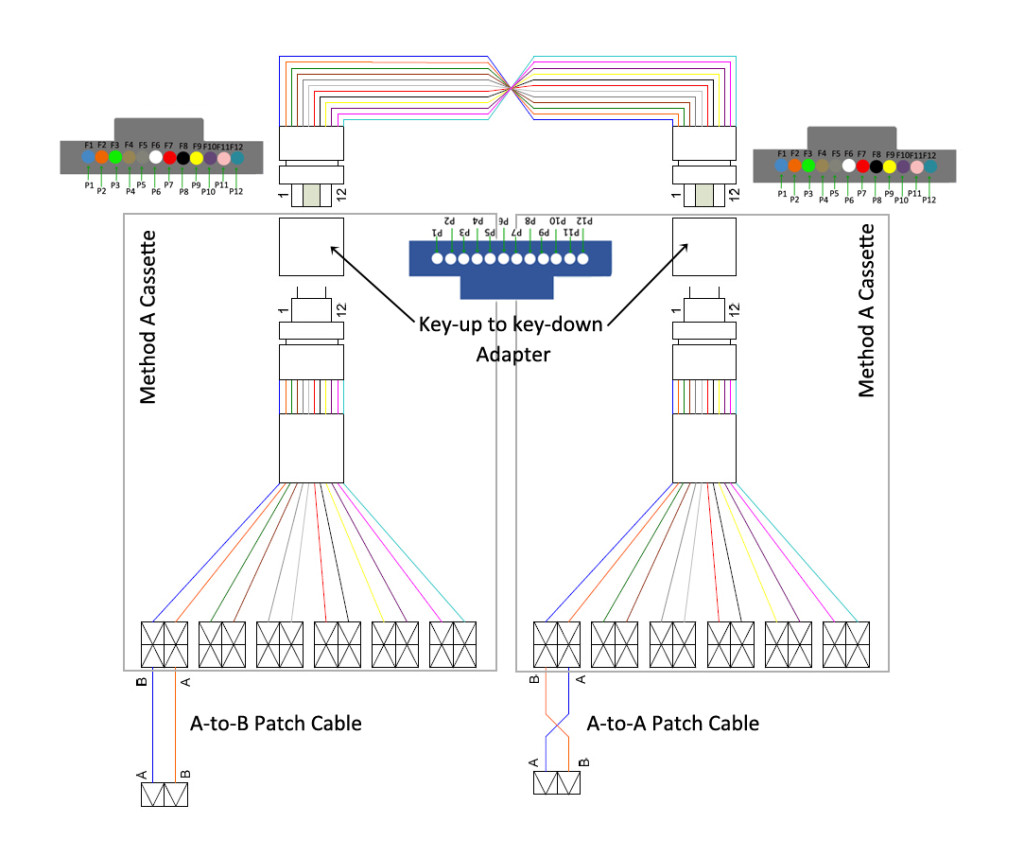 Method B
In Method B, as shown in the following picture, Method B cassettes which employs key-up to key-up adapters are required to link straight-through key-up to key-up MPO trunk cable. With the key up on both ends, the key-up to key-up trunk cable has a different fiber array with Method A type cable. In this type of trunk cable, fiber 1 (Tx) is mated with fiber 12 (Rx), fiber 2 (Rx) is mated with fiber 11 (Tx), and so on. Two straight “A-to-B” patch cables are required at the beginning and end of the link, namely patch cables do not need to be flipped in Method B. 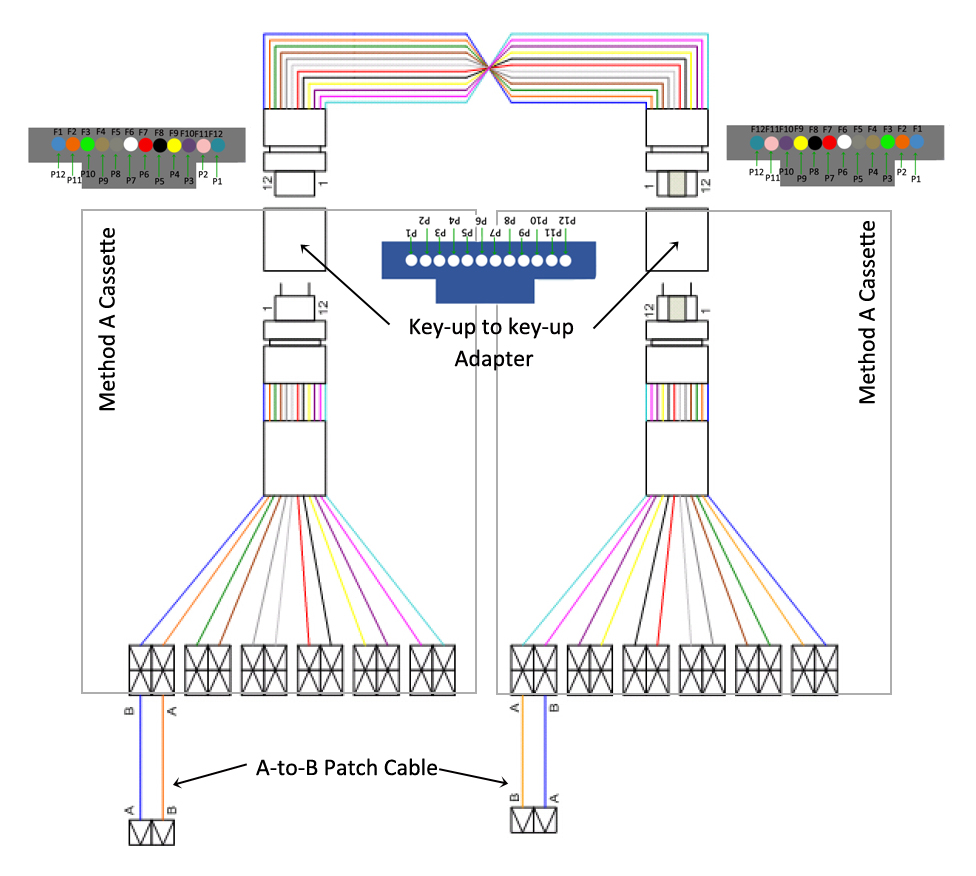 Method C
Method C uses the same cassettes as Method A, but to link a special key-up to key-down trunk cable. For Method C, each adjacent pair of fibers at one end are flipped at the other end. Notice the swapping of the color positions in the picture below. Fiber channel is completed by utilizing straight “A-to-B” patch cables at the beginning and end of the link. Method C is similar with Method A. The only difference between this method and Method A is that the pair-wise flip occurs in the array cable itself rather than at the patch cables, so that odd-numbered Tx fibers leaving the near-end cassette are in even-numbered Rx positions when they arrive at the remote cassette, e.g. fiber 1 (Tx) is mated with fiber 2 (Rx).

This post introduced three array system connectivity methods and listed their pros and cons that may guide you for polarity selection. In a word, the Method A is polarity flip in A‐to‐A patch cord. The Method B is polarity flip in cassette. And the Method C is flip by pairs. When choosing one of them for your network, the most critical consideration is to select one method and stick with it.